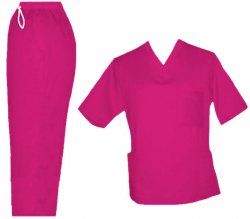 Sometimes even the silliest things can make you smile. For example, when I was in the hospital after being diagnosed with leukemia, I had a procedure done where they placed a jugular catheter into my neck. This procedure followed a bone marrow biopsy that I had just had done without any medication. The pain of the bone marrow biopsy was excruciating, so by the time I had the jugular catheter procedure, I wasn’t in the best of moods! However, the doctor that was performing the jugular catheter procedure walked into the room in hot pink scrubs. I immediately cracked up and told him that he had just made my day. When he asked my why, I simply stated that any man willing to sport a beard and hot pink scrubs was obviously a man with a tender heart and an adventurous spirit!

I told him that my niece was in nursing school and I was going to buy here a set of scrubs for graduation. I asked him where he purchased his hot pink number and he told me at Blue Sky Scrubs:  http://www.blueskyscrubs.com He said that they had really cool scrubs in all different colors and prints. I don’t know what his motivation for wearing hot pink scrubs really was, all I do know though, is that he made my day! 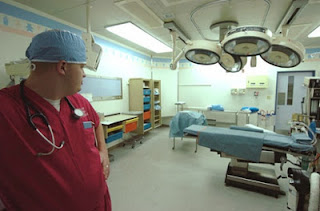