Addictions are a Royal Pain!

Addiction has been defined as a physical and psychological dependence on psychoactive substances such as alcohol, tobacco, heroin and other drugs which cross the blood-brain barrier once ingested, temporarily altering the chemical milieu of the brain.

Addiction can also be viewed as a continued involvement with a substance or activity despite negative consequences.  Some addictions have serious health consequences while others carry serious lifestyle consequences. 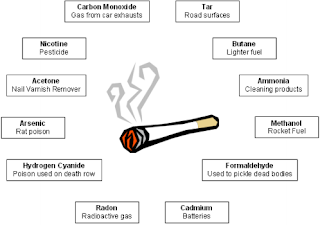 Smoking is probably one of the most difficult, yet damaging addictions around. I say this because it is not an illegal behavior, therefore there is few restrictions as to where a person can smoke; thus allowing others to be put at risk by the smokers addiction. This is particularly true for infants and children that live in a home with smokers. I cannot count the number of times that I have seen a nursing mother smoking a cigarette, or children in a car with the windows rolled up, with the drivers’ of the car puffing on cigarettes. I find it hard to believe that any parent would chose to put their child at risk, so I must deduce that the addiction is stronger than ability to refrain from smoking.

I am always researching ways to help my friends and family to stop smoking and after I did a Cigarrest Review, I realized that there are homeopathic solutions that may help smokers. I realize that the choice is that of the individual, but in the event that I am ever given the opportunity to be instrumental in any way, on some one’s path to stop smoking, I want to be prepared with answers.

I am sure that there are many cigarrest complaints and doubts, as many people do not believe in homeopathic remedies, but my cigarrest review left me a bit intrigued. I have been using more and more homeopathic remedies since being poisoned twice, and almost crippled by a medically tested antibiotic. My mother has been deaf for two years after two doses of gentamicin, another antibiotic. So needless to say, I am open to other schools of thought.

Here is a list of the active ingredients that help a smoker to be more comfortable during the very trying time of ceasing to smoke. See if you find them as interesting as I do.

Lobelia inflata (Indian Tobacco) - is an herb whose pharmaceutical properties are similar to nicotine. It is dual in its activities, acting as both a relaxant and a stimulant.

Plantago major (Plantain) - produces disgust for tobacco in those who chew it and cures neuralgia resulting from tobacco.

Calcarea phosphorica (Calcium Phosphate) - used to treat headaches, hoarseness, burning throat and cough which can be made worse from tobacco and tobacco smoke. Smokers are usually deficient in calcium.

Nux vomica (Poison nut) - is an herb used in minute amounts as a restorative preparation.  Used to treat insomnia and irritability as well as coughing and scraping in the throat made worse by smoking tobacco.
Posted by Michele at 2:41 PM