Another Dangerous Side Effect Linked to Cipro and Other Floroquinolones 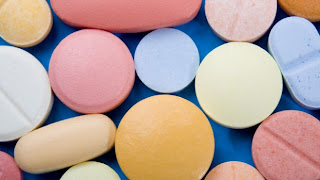 Thanks to a reader for sharing this information: This is yet another reason to avoid taking the antibiotics Cipro, Avelox and Levaquinn. These are very powerful antibiotics that are listed as a "not first drug or choice" yet are prescribed like candy for urinary tract infections, bladder infections, prostatitis and respiratory infections. They are very powerful and have extremely severe side effects associated with them. Often these side effects linger on for many years after ceasing to take the drugs. PLEASE be careful and request an alternative antibiotic if you are prescribed a floroquinolone.

A common class of antibiotics was linked to a higher risk of so-called retinal detachment -- when the light-sensitive tissue in the eye separates from gel that fills the eyeball, in a new Canadian study.

People treated by ophthalmologists for the emergency condition were five times more likely to be taking drugs known as fluoroquinolones, which include ciprofloxacin (marketed under names including Zoxan, Proquin and Cipro) and levofloxacin (Levaquin, Cravit), than those who didn't have retinal detachment.

"We know that these drugs are toxic to connective tissue and cartilage," said Mahyar Etminan, the study's lead author, noting past studies linking fluoroquinolones with damage to Achilles and shoulder tendons.

"We wanted to see whether this damage also may translate in the eye, because there's lots of connective tissue in the eye," Etminan, from the Child and Family Research Institute of British Columbia in Vancouver, told Reuters Health.
Retinal detachment, which starts as the appearance of lines, dots or "floaters" across the eye, can cause permanent blindness in some cases if it's not surgically treated within a few days.

Etminan and his colleagues used data from doctors' treatment records for everyone in British Columbia who saw an ophthalmologist between 2000 and 2007 -- almost one million patients. That included about 4,400 people diagnosed with retinal detachment when they were an average of 61 years old.

Prescription records showed that one out of every 30 patients with retinal detachment was taking a fluoroquinolone at the time, most commonly ciprofloxacin. Most antibiotic users were taking the drugs for respiratory or urinary tract infections.

Among a similar group of patients who visited an ophthalmologist but didn't have retinal detachment, just one in 167 had been recently prescribed the antibiotics.

The researchers couldn't be sure why the drugs were tied to an increased risk of retina problems, but said the most likely explanation is that they damage fibers and connective tissue attaching the retina to the eye's vitreous gel.
There have been "lingering concerns" about the possible effects of fluoroquinolones on the eye for a while, said Dr. Terrence O'Brien, from the Bascom Palmer Eye Institute at the University of Miami Miller School of Medicine.
He told Reuters Health the new study suggests an association between fluoroquinolones and retinal detachment, but doesn't prove that everyone on the drugs will be at extra risk.

For example, it may be that people who are already prone to tendon problems -- such as older patients -- will be the ones who could be affected by certain drugs, said O'Brien, who wasn't involved in the new study.

The extra risk due to the antibiotics was small. Etminan and his colleagues calculated that 2,500 people would need to be taking fluoroquinolones for any reason for one to have retinal detachment.

Another class of antibiotics that includes penicillin wasn't tied to more retina problems, the researchers reported Tuesday in the Journal of the American Medical Association.

Non-drug risks for retinal detachment include a past cataract surgery, being nearsighted or having an eye infection.
Retinal detachment is rare, Etminan concluded, "but because the condition is quite serious, I don't think it would hurt to let someone know... if you notice these flashes of light or floaters, be sure you get it checked out."

O'Brien agreed. "This study should alert both patients and physicians to the possibility of retinal detachment, and any patient developing symptoms or signs of retinal detachment while taking a fluoroquinolone would be urged to seek immediate ophthalmic care," he said.

"It's not something where you'd want to wait or defer seeking attention."
Read more: http://www.foxnews.com/health/2012/04/04/common-antibiotics-tied-to-eye-emergencies-study-says/#ixzz1rIVALndr
Posted by Michele at 2:24 PM