Thanks to Cipro, Dancer Injured Again! 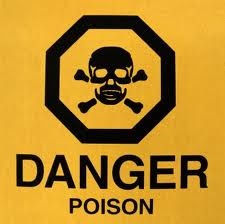 Last weekend we were at the Palm Springs Summer Dance Camp and a friend of mine who had previously taken Cipro, and has had two previous surgeries on her calves due to ruptures, re-ruptured her calf while dancing. It is a harsh punishment to take a drug that robs you of your passion.

What I would like to know is when this will ever end! The fact that Cipro, Levaquin and Avelox (flouroquinolones) cause severe muscle, tendon, joint pain and rupture and are still being prescribed without telling the patient of these risks is ludicrous! They claim that "only" 1% of people taking these drugs are effected and that they are otherwise "safe". I believe that to be an inaccurate number of people effected due to the lack of correlation between the antibiotic and an injury, therefore there is a lack of reporting the incidence to the FDA.

I have found numerous people that have been effected by these drugs and never realized that the antibiotics were the cause until it was brought to their attention. How many of you ever even thought that your muscle and joint pain, or ruptured tendons might be related to an antibiotic? I know that I never correlated my first tendon rupture due to Cipro, until one year later when I took it again and could not even walk. It was then that I re-examined my medical records and found that I was on the drug for 2 days when the rupture occurred.

I urge anyone that has had any injury of been diagnosed with Fibromyalgia, or Rheumatoid Arthritis to go back and check their medical records to see if you had previously taken any of these drugs. You may be amazed to finally be able to figure out why your physical health seemed to deteriorate overnight.

Doctors and hospitals love these drugs and prescribe them like candy. It is a crime that they continue to do so with no warning, and no cure once the damage has been done. You will be hard pressed to find any help or even someone to believe you if you are poisoned by these drugs. Dancers' and all others please Beware of the Antibiotics called: Cipro, Avelox and Levaquin.
Posted by Michele at 3:03 PM